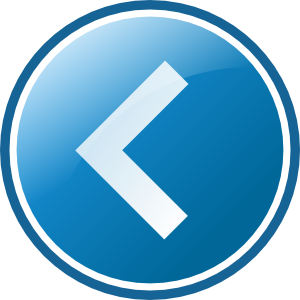 It’s time to wake up to love, divinity and oneness, says 3 Magic Words, an enlightening mix of insights from authors, artists, scientists, philosophers and children. Michael Perlin writes and directs. Based on the book Three Magic Words by U.S. Andersen, the film is now streaming on many VOD platforms. You can also pre-order the DVD.

The film explores our essential oneness. Spiritual insights about love and oneness may be familiar. More complex ideas about the ego, and forgiving ourselves and others, are woven in seamlessly.

Our connection to the universe

Modern physics has discovered that all matter is actually energy. Nassim Haramein, renowned theoretical quantum physicist, says the atom is made up of 99.99999% space. “Everything is a hologram,” spiritual teacher Max Christensen explains. “Everything is an illusion. Matter doesn’t exist. It’s pure energy.” In other words, we are all one. We live in a sea of energy. Our minds are energy.

The Fibonacci sequence, a series of numbers that reveals harmony and governs creation itself, is seen as a spiral everywhere in nature. “Our bodies are filled with this golden mean proportion,” says Theresa Ibis, physicist and alchemist. We are one with nature, the film tells us. We are nature. “By harming nature, by harming the planet and the ecosystem, we’re harming ourselves,” says Dolores Canon, author, publisher and past life therapist. Marley Oyen, a child from Los Angeles, puts it simply: “If you love nature, there will be no pollution. If you love people, there will be no killing. If you love everything, love will just be spread around the whole world.”

Author Susan Shumsky notes that “inside everyone is a center of being, pure consciousness, love, life, truth.” Science, biology, nature and consciousness studies all reach this conclusion. Shumsky believes that meditation is the best and perhaps the only way to connect with our inner divinity. “If the presidents and leaders of countries on this planet today would know that they are God, and know that each person in their country was god, they would not send God to war,” says Gudni Gudnason, founder of the Modern Mystery School.

Separation has prompted great destruction, says Neale Donald Walsch, author of Conversations With God. “That single shift of perception – separate or all one – changes everything. It changes our beliefs, which alters our behaviors, which creates an extraordinary new reality.” “We are all one,” says Canon. “Once you realize this there can be no prejudice, there can be no judging, we each have our own purpose that we’re playing out.” While original religions embodied oneness, Canon says, religious rules and regulations added afterwards reinforce the idea of separation.

Gary Renard, author of The Disappearance of the Universe and speaker on A Course in Miracles, reveals that everything we see in the world is us. “You’re all of it,” he says. “When the Buddha said ‘I am awake,’ he realized he is the maker of the entire dream,” Renard explains. “What we need to do is get back in touch with what we really are,” he adds. This means undoing the ego.

How to live as one

Ancient Buddhists say that there is only one ego appearing as many. The Hindus call this “multiplicity.” The Buddhists call it “impermanence.” Albert Einstein termed this an “optical delusion of consciousness.” “The fastest way to undo that is to change the way you think about others,” Renard says, “to see others as being Divine and whole and perfect.” Love and forgiveness always lead to good things, he emphasizes. We may as well enjoy the play of illusion around us, Renard believes. “Don’t ever worry. That’s against the rules from now on.”

Perlin told Lilou Mace that he left his 9-to-5 job and began making the film after 20 years of metaphysical studies.  “People are still fighting wars,” he noted. “I’m surprised people still think we need to fight wars.” Perlin began searching for a common theme in spiritual teachings that everyone could understand.

Although the film suffers from choppy editing (20 to 30 second sound bites throughout), its broad, expansive message comes through. Perhaps this simple approach was designed for the world’s war-hungry leaders.

By the end of 3 Magic Words, you’ll be compelled to live life from unity consciousness. Fascinating speakers, along with moving art, photography and animation, make the film enlightening and moving. If everyone remembers the three magic words, our new era of consciousness might unfold more smoothly. The three words are revealed at the end of the film. Like a mantra, they can be repeated whenever we forget. (4.5 out of 5 stars)